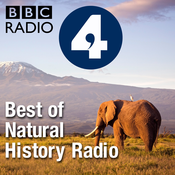 af
Living World : My Living World : The Spined Loach
Keen naturalist Hannah Stitfall is joined by wildlife film researcher Dom Davies to review another programme from the LIVING WORLD archive. The subject today is Spined Loach - a fish you might never heard of because, whilst locally they are abundant, they are classified as a rare protected species and are only found in a handful of places in the UK. Also known as the Spotted Weather Loach because of their ability to detect changes in atmospheric or barometric pressure brought about by changes in the weather, they half bury themselves in fine organic sediment at the bottom of rivers or lakes during the day and then at night sieve the sediment, eating small shrimps and ejecting the mud and sand through their gills. As Hannah and Dom discover, these little fish also have some amazing survival techniques which enable them to survive low oxygen levels, whilst the spines which protrude from under their eyes are thought to help ward off predators.
Living World : My Living World : Jackdaw Roost
In this episode from 2011 Joanna Pinnock wonders what makes jackdaws roost together, and to find out more heads to the Cambridgeshire countryside with corvid scientist Dr Alex Thornton. Arriving in the dead of night they await one of nature’s spectacles, of thousands of jackdaws simultaneously leaving their night roost in a cacophony of sound. It is one of those winter spectacles often overlooked but rivalling any in the natural world. So what is actually going on here? For Hannah and Billy this gives them the opportunity to discuss corvid activity. Science is beginning to unravel the biology and social intelligence of corvids, recently dubbed feathered apes, but there is a lot still to learn about these familiar if mysterious jackdaws. If the morning was a spectacle, how will that compare with the evening gathering at the roost; some roosts have been recorded in the Domesday Book and are still being used centuries later?
Natural Histories : Aye-Aye
Think sprite or hobgoblin and you are nearly there when it comes to the Aye-Aye, surely one of the weirdest looking creatures on earth? With its large saucer-like eyes, massive ears, and long skeletal middle finger which its uses to tap for grubs on logs, this lemur both fascinates and terrifies us. Endemic to the forests of Madagascar, some local people believe that if one looks at you, someone in your village will die. They even hang up an aye-aye on the edge of the village in some areas to ward off evil spirits. We are responsible for the demise of the aye-aye in other ways; by destroying the forests on which it depends. But as we hear, get up close to an aye-aye and you’ll meet one of the most alluring and watchable mammals on the planet. Not merely a creature in close harmony with its disappearing world, but as Brett Westwood and Verity Sharp discover an ambassador for conservation which still has us in its thrall.
Natural Histories : Pigeon
The relationship between humans and pigeons is one of the oldest on the planet. They have been our co-workers; delivering messages, assisting during the war, providing a source of food, a sport and obsession for many, and a suitable religious sacrifice. They helped Darwin with his theory of Natural Selection, have become a powerful symbol of peace and helped us unravel some of the mysteries of navigation. Yet many of us still regard them as vermin, as “rats with wings”. Brett Westwood and Verity Sharp probe into this paradox, and explore how pigeons have helped us and what they can reveal about the homing instinct and what it means for us to feel at home
Natural Histories : Fern
For a plant that we generally associate with shady, damp places, a plant that has no flowers or scent, the Fern has drawn us into her fronds and driven an obsession that is quite like any other. Pteridomania or Fern Madness swept through Victorian Britain in part thanks to the availability of plate glass from which manufacturers could build glass cases for growing ferns. The trade in ferns all but wiped out some species from parts of the UK and fern hawkers sold specimens on street corners in London. Brett Westwood and Verity Sharp trace our relationship with the fern on a journey from a slide of spores in Durham, to the art of Nature Printing via a garden fernery and discover that the fern is still weaving its magic spell over us.
Vis mere 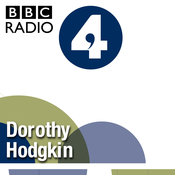 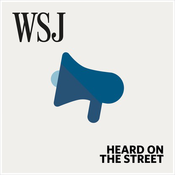